Last week when we were walking Story and Kate we came to an area of the sidewalk that was covered with berries that had fallen from an overhanging tree. I thought they might be mulberries but, having little knowledge of berries that grow on trees, I supposed I had better do a little research on the mulberry tree before getting too excited. As it turns out they have no poisonous look-alikes, so when we went for walk on Friday we took a bucket and picked a quart of berries! They taste somewhat similar to a blackberry. A mulberry cobbler might be in our future…

I can’t believe Story is five years old today. We got her right after we got married (which also doesn’t seem like nearly five years ago). We (or at least I) put sooo much thought into what breed to get for our first dog. The ACK describes the Westie as “a small, game, well-balanced hardy looking terrier…possessed with no small amount of self-esteem.” It is absolutely true! Story is one of the friendliest dogs I’ve ever known. Especially now that we have shy Kate, it’s clear how different dogs’ personalities can be. Story has never met a stranger! She is also the very best cuddle dog. Very rarely do I sit on the couch without her on my lap.

Here are some of my favorite pictures of her from the last five years. Happy birthday, my favorite Westie! 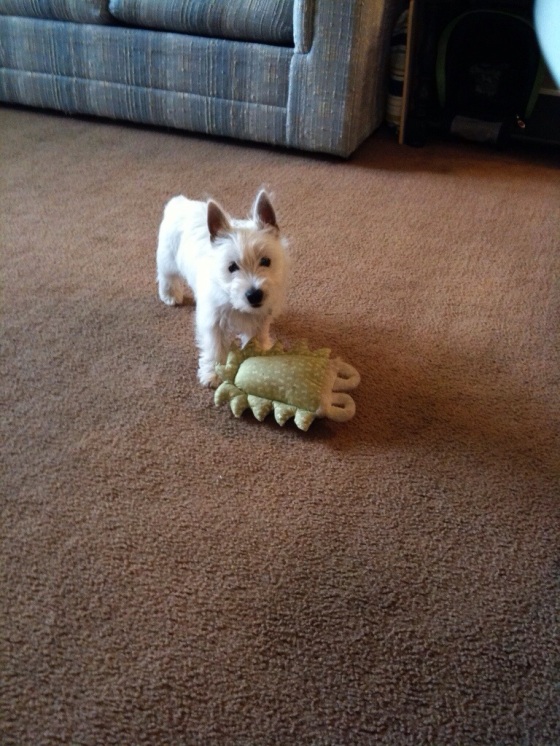 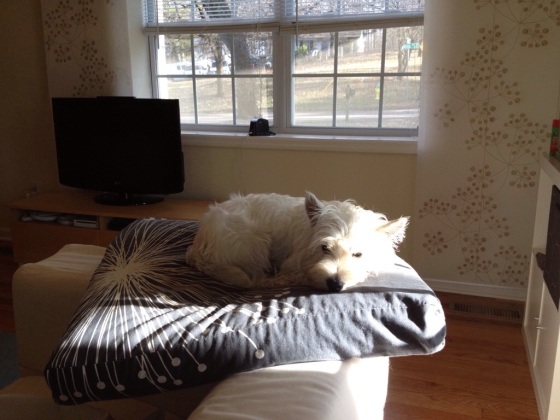 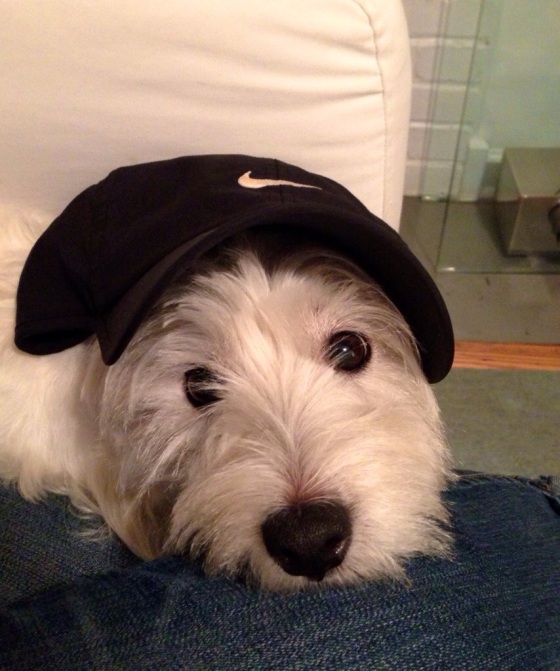 Yay, snow day! We unexpectedly got three inches of snow yesterday, and neither Matt or I went to work today. Church choir was cancelled too, so we had the whole day free – to play in the snow, of course!

There’s a big hill behind our house that’s been begging me to sled down it, so this morning we bundled up and took the sled and the dogs for a snow adventure. It’s quite a big lot back there, so there was no danger of them running into the street. Not that Kate would run off anyway, but even Story was having too much fun to think about leaving.

She actually loves the snow and liked chasing the sled up and down the hill and running around snarling after Kate.

We brought Kate’s big purple toy so she could try playing a little snow fetch, and she thought that was a great idea.

And check out her hilarious face with snow on her tongue while I’m trying to take off Story’s useless rain jacket: 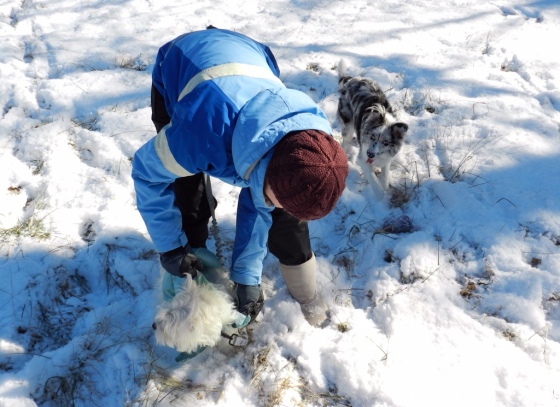 Matt tried sledding a couple times, but he didn’t ever exactly make it to the bottom of the hill… Story, on the other hand, rode all the down with me! I asked Matt to take this picture because it’s just like one I have of me and the dog I had growing up, Friskie.