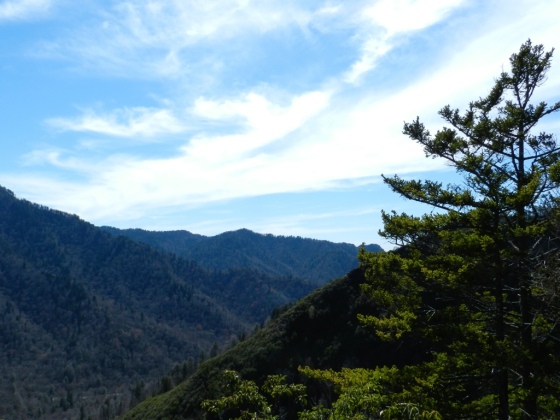 Last weekend Matt and I took a little hiking trip to the Smokies. This was sort of a rarity for us, since going to Gatlinburg usually involves pancakes and shopping. We did still include the pancakes…those are great fuel for hiking, right?!

We originally planned to hike the Chimney Tops, but after driving all the way up there found it was closed. Guess Sugarlands visitor center couldn’t bother to mention on their gigantic flashing sign that one of their most popular trails wasn’t open. Our second choice was Rainbow Falls. On the way we stopped at the Noah Bud Ogle trail (previously called Junglebrook). 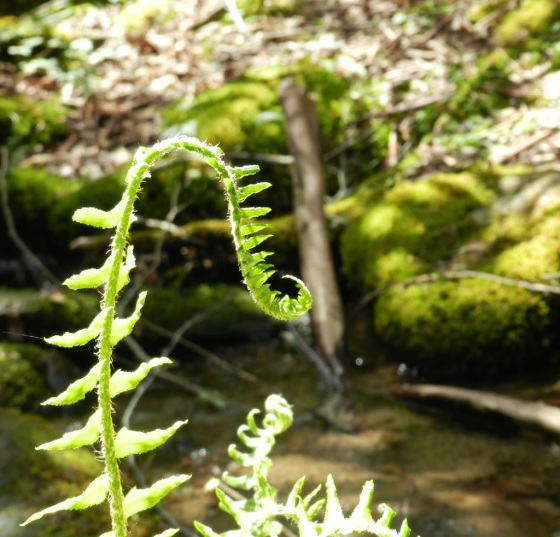 As you can gather from both names, it’s a scenic trail along the stream that flows through Noah Bud Ogle’s homestead. 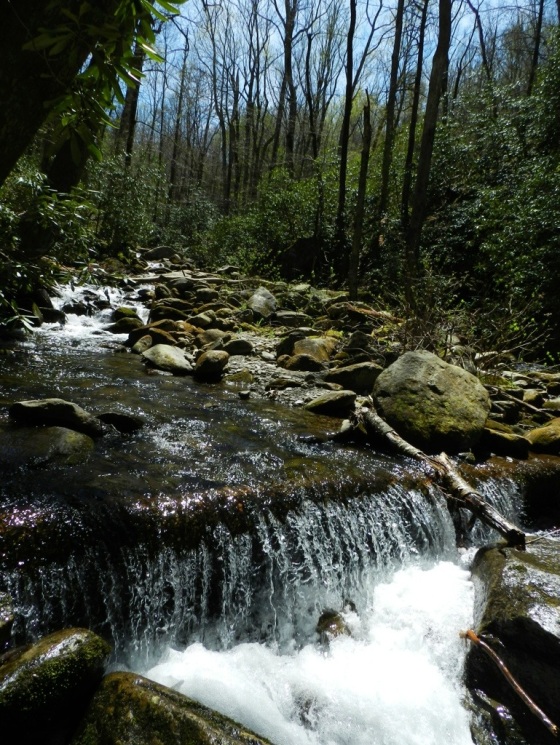 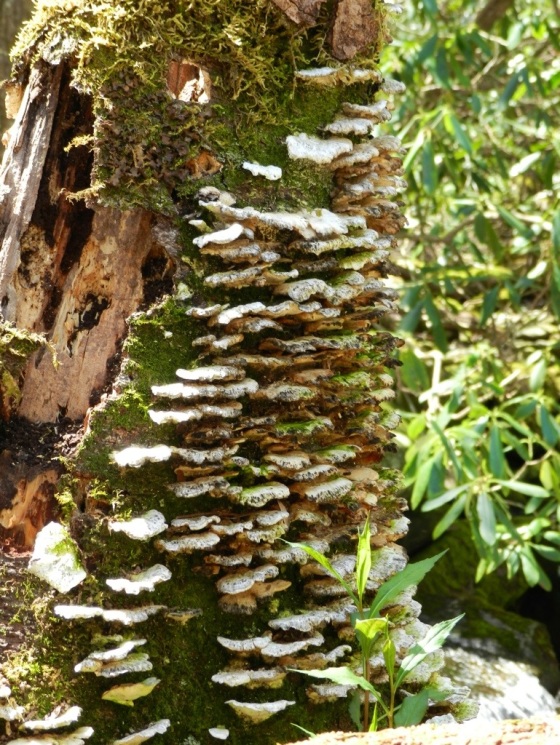 Mr. Ogle had a little mill on the stream, too. 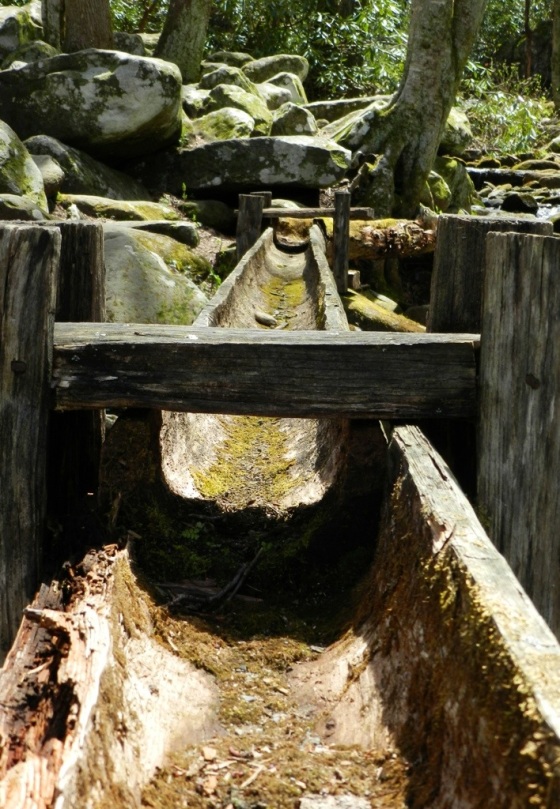 Next we drove on toward Rainbow Falls. But when we got there the parking area was completely full and cars were lined at least a mile or two down the street! Since we didn’t particularly want to hike with 100 of our best friends, a third option was in order. By that time it was after 2:00, so it couldn’t be a particularly long trail. We decided to try for the Alum Cave Bluffs. And it wasn’t closed or packed with other hikers! 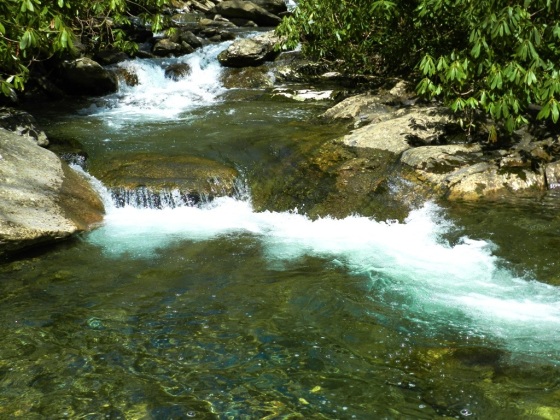 This is arch rock, about halfway up the trail. 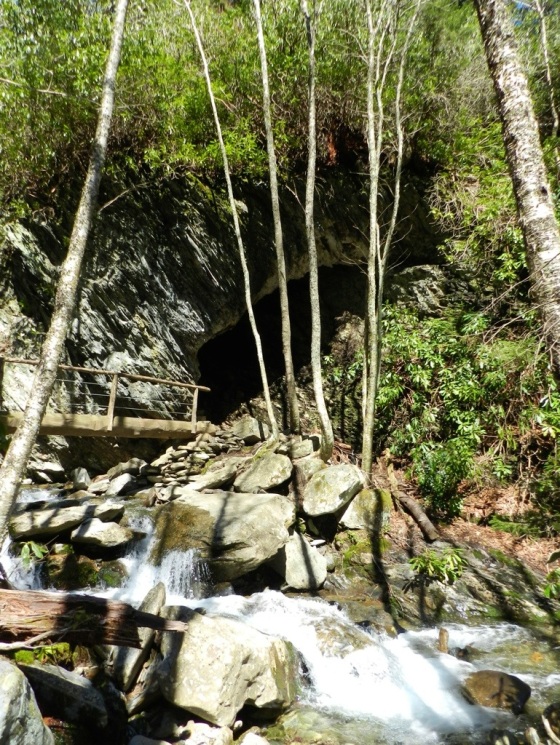 And the stone stairway inside… 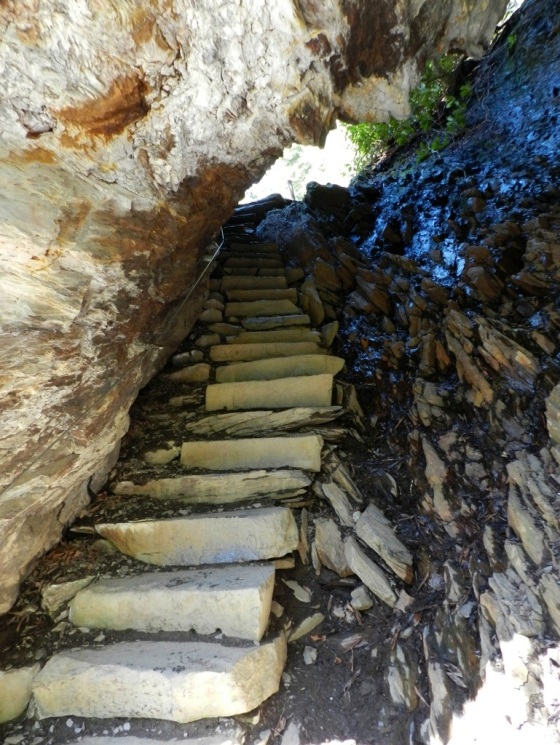 Getting close to the bluffs there were some great mountain views. 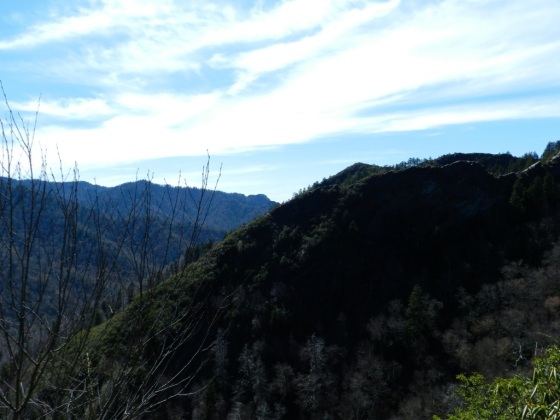 It was sort of impossible to get a good photo of the bluffs without falling off the mountain, but here’s one looking out from underneath. 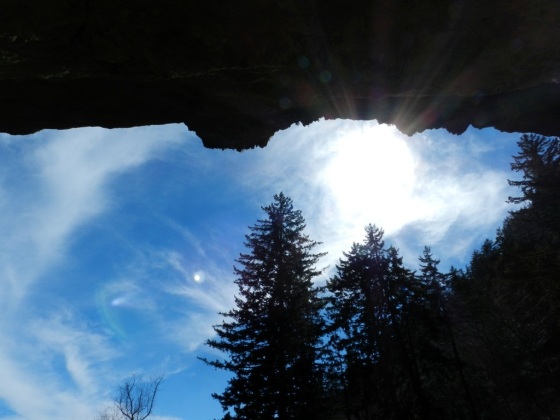 Matt took some good pictures too that you can see here if you haven’t already. Glad he could include a photo of me with a hideous bruise on my leg. I was injured by some milk crates at work…and yes, it’s STILL there. Also, it was too chilly to hike in Chaco’s like usual and I realized that I had no idea where those hiking boots I had in high school got off to, so I wore my running shoes. And diligently avoided all mud and puddles. They fared pretty well.

I gave Story a bath today. So naturally she went outside and came back in covered with baby slugs. How does that even happen?!

Sometime last month I was wandering around Target looking at the new outdoor stuff they were getting in, and there it was! I first saw it last spring and wished I had a use for such an awesome basket. Little … END_OF_DOCUMENT_TOKEN_TO_BE_REPLACED